Katrina was eleven years old and living in poverty in Siberia, Russia when her mother joined the Church of Scientology. The Cult quickly exploited the mother and daughter and recruited them into it’s notorious Sea Org. Katrina and her mother were shipped to Clearwater, Florida. Scientology used Katrina as child labor and she received no formal education.

Valeska Paris “joined” the Cadet Org of Scientology at six years of age. Her younger sister and brother were also dumped at the Cadet Org when their father joined Scientology’s Sea Org. The Cadet Org was at Stonesland, a hellish old building in England where the children of Sea Org were warehoused. Malnourished in filthy conditions, the children had to steal food, had no toilet paper or soap, and lived in abject poverty. This deprivation was created purposely by the wealthy Church of Scientology and its leader L. Ron Hubbard who at T-Bone steak on his private ship while children starved, had no medical or dental care, and wore rags.

Valeska survived starvation, sexual molestation, and mental and physical cruelty inside of Scientology. She left the Sea Org, left Scientology, and is now a wife and a mother of beautiful children. Valeska’s courage and perseverance are an inspiration and show the strength and resilience of the human spirit.

Valeska Paris joined the Scientology Cadet Org at six years of age. She then joined the Sea Org when she was 14 years old. As a teenager she was sent to Scientology’s ship the Freewinds. In this gripping podcast Valeska discusses the surprise raid on the Freewinds by the French police in 1999 when it was anchored at St. Barts. Valeska then describes the suicide of her stepfather Scientologist Albert Jaquier; the suicide of a member of a Sea Org member on the Freewinds; and the punishments she suffered on the ship. Valeska talks about her relationship to Shelly Miscavige who has not been seen in public for over a decade. Other people discussed include Mike Napier, the Captain of the Freewinds, Guillaume Leserve, Heber Jentzsch, and Tom Cruise and his $400,000 birthday party on the Freewinds.

Albert Jacquier kept a diary as he was dying. After his death his wife, Valeska’s mother, published it online. “The Diary of a Dying Scientologist” is posted here: http://www.xenu.net/archive/photoalbum/jaquier.html 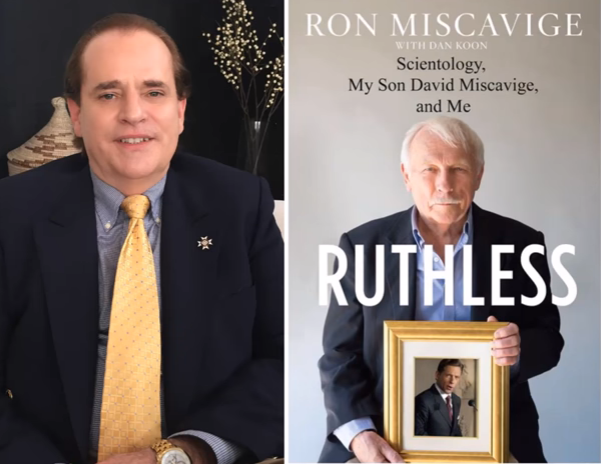 Ron Miscavige Sr. discusses parts of his 26 years spent as a Sea Org member at Scientology’s Gold Base in Riverside County, California.

Former Sea Org member Maureen Bolstad describes her experienced the Church of Scientology’s controversial Purification Rundown. A Medical Doctor signs off that the person can do the Purif, but then, Sea Org members or staff supervise it. .Purification Rundown requires a person to be in a dry sauna five hours per day. A person must also take increasingly high daily doses of niacin until they reach a 5,000mg maximum. I have heard from some credible sources that there is an insistence on continuing the Purif at 5000 Niacin for some time before a person can attest they are done. This is a Miscavige Order. Often OT VIIIs who have done all the levels are re-cyled to re-do their Purifs.